When did you start working outside of music, on exhibitions and art ? what was your impulse to do so ?
First exhibition i had was of my black and white photographs in my hometown Turku in Finland,1988. In early ninties i was a part of performance group called Sine Ø. our acts included one member swallowing a small microphone, and another person using him as a drum. a custom made 7 meters long infrasound unit which could play frequencies down to 12 Hz. self designed executioners costumes made of black rubber.etc. I made my first installation to Manifesta 1 in Rotterdam 1996. I was always interested in visual arts and when Hans Ulrich Obrist invited me, I decided to try.

In which ways do you feel your musical work is being fed by your visual and plastic work ?
My musical work is possibly influenced even more by visual perception than auditory. I am getting constantly new ideas from movies, the rhytmics, choreography and the way they are edited. Also paintings and photographs are important.

How do you feel your approach to visual arts, exhibitions and performances has evolved since the mid-90’s ?
I do not care much about so called cutting edge or what is modern. Most of the people who do this are just playing with latest gimmicks and technology. This kind of stuff usually loses its attraction fast because it is based on superficial aspects. My own aproach has not much changed since i started. i just want to create things that express something important inside of me.

Is your approach to visual arts a way of finding another « live » outlet for your music, outside of record making ?
Yes,but for me both are ways to interpret myself.

How do you feel the work of Carsten Nicolai has influenced your own ?
I have a big respect for him as an artist and as a friend. however i do not think that his work has much influenced mine.

Which figures in the art world, past or present, do you most admire or look at ? In which way do you think they had an impact on your own work.
Most important for me are Rembrandt, Goya, Marcel Duchamp and ,Francis Bacon. Possibly even more so some directors like Andrei Tarkovsky and Krystof Kieslowski.

One Pan Sonic album, Kesto, was supposed to be inspired by a famous painter’s work. How do you translate visual art into music ? In your own work how do you decide on which piece of music will best fit a particular installation piece ? is it a chance operation ?
Structure of elements can give rhytmical ideas,combination of colors ideas to combine sounds.( i find myself often *jamming* to photograph or painting  ). For the installations i usually think first the place and enviroment and start from there.

It seems your installation deal very much with oscillators, and old pieces of electronic machines : is it a nod to your love of analog equipment when making your music ? Or is it an infatuation with a period of time (the 50’s?) when technology was a very open field of experimentation and weird discoveries ?
I just prefer analog sounds and even more so acoustic sounds. certainly the old electronic devices are wonderfull,especially of 1920s and 30s like Ondes Martenot and Trautonium. this is one reason i have used old radios in my work. 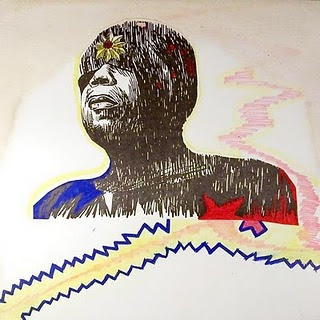